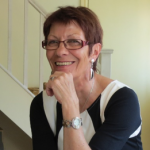 Renate had a strong impulse to paint and draw from a very early age. She loved the spontaneity of sketching. Using charcoal, she enjoyed the play between light and shadow.

She attained a business diploma (Industrie und Handelskammer Hamburg), followed by an apprenticeship in jewellery making and design, finishing with the study of creative art and design, BA (Hons) University Hamburg. With further studies at the former mentioned University she received a T Dip.  (the latter studies of T Dip she repeated in English at Southampton Uni.)   Renate worked as a freelance jewellery designer for various jewellers in Hamburg.  In 1979 she moved to England. She studied art therapy, which she practised until eventually resigning, to concentrate on painting full time. She holds workshops, teaches groups and individuals.

Renate’s paintings, although starting with a preconceived idea/inspiration, always leave room for a considerate part of spontaneity. Her aim is to achieve freedom from confining principles and establish an equal partnership between expression, emotion and working with the medium, allowing the moment to dictate the development of the painting. Her work is filled with fascinating, spontaneous images, allowing the viewer a personal response to the painting.

Renate’s work is in private collections in the UK; Switzerland; Germany; Australia; USA.  She has received commissions from clients Europe wide. 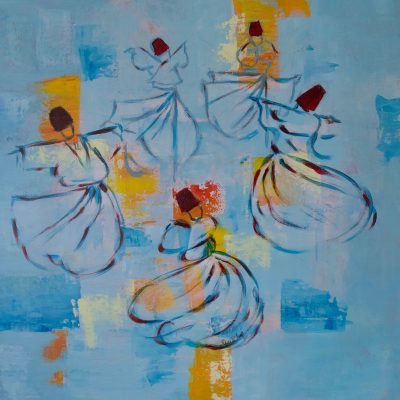