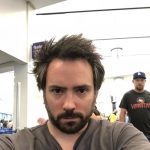 Jon is a digital artist based in the heart of Southampton, Jon deals in a variety of styles and formats, from traditional animation and clay sculpting, to digital paints and 3D low polygonal modelling, but he is primarily a pixel artist who has a long history working in the computer games industry (and teaches pixel art to primary school children at the Eastleigh library on occasion) He currently works full-time, remotely, for a games company based in Santa Ana, California.

His art focuses on the beauty and versatility of what is known as pixel art, or dot art – pieces of art created with individual squares of colour in a digital format, similar to mosaics. It’s a technique perfected by computer games from the late 80s and early 90s era, and has recently regained popularity thanks to the reinvigorated indie game developer community. A variety of fictional landscapes and subjects set the foundations for his work, inspired by his interests in fantasy, sci-fi and the world in general.

Before working in the games industry, Jon studied at Reading College and School of Arts and Design (now known as Thames Valley University), where he eventually graduated with a BA (1st) in Interactive Multimedia. Originally Jon studied to become a 3D artist; pixel art was merely a hobby that ran alongside his studies, though it would eventually be what gets him his first full-time job at mobile phone games developer IOMO in Eastleigh.

Jon also has a keen interest in dinosaurs and prehistory in general, and has published a parody educational book featuring an amusing series of dinosaur/vegetable combinations, depicted in what would be their natural environments. It was inspired by educational books from decades past, illustrated by renowned paleoartists like Charles Knight and John Sibbick. 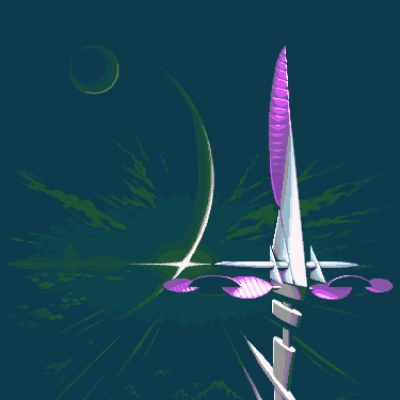